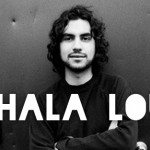 Adam Bhala Lough is a writer and director of feature film, documentary and short form media. His latest documentary, The Upsetter: The Life & Music of Lee Scratch Perry, narrated by Academy Award winner Benicio Del Toro, has screened across the globe and is now also available on iTunes and in a limited edition DVD. Bhala Lough’s career began at the age of 15 when he earned $4.25 an hour re-stocking video tapes at a Virginia Blockbuster Video store. Inspired by the early 90’s American independent film scene as much as by big Hollywood films, he borrowed a Panasonic VHS camcoder and shot numerous short films with friends, editing them tape-to-tape at a local public access station. Eventually, Bhala Lough landed at NYU to formally study filmmaking. Among his music documentary credits includenot only The Upsetter, but also The Carter, an intimate look at rap superstar Lil’ Wayne at a pinnacle in his career. Bhala Lough’s work is inspired by the universal power of stories, moving images and music.