Claude Fournier began his film career at the NFB in 1956, working on several early direct cinema films including La Lutte, which included Michel Brault, Claude Jutra and Fernand Bansereau as co-directors. He left to work in the U.S. with Richard Leacock and D.A. Pennebaker, returning to Montréal in 1963 to direct, produce and photograph hundreds of films for television and the screen. He directed Québec’s most commercially successful feature and an adaptation of Gabrielle Roy’s classic Québec novel Bonheur d’occasion (The Tin Flute). He is currently working on Elephant, a project to digitize and restore all of Québec feature films. 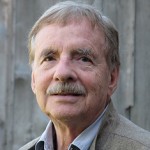