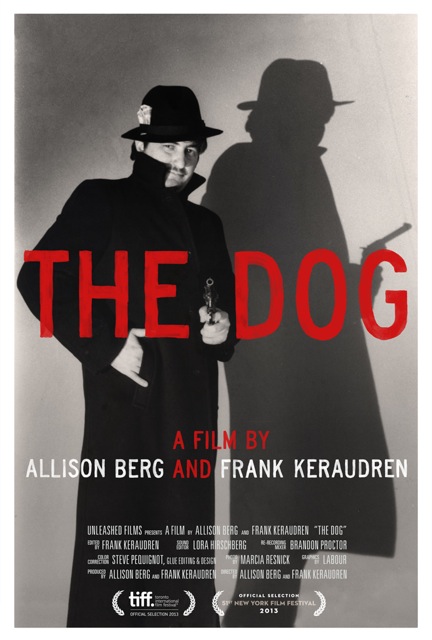 On a sweltering August day in 1972, John Wojtowicz tries to rob a small Chase Manhattan Bank in Brooklyn. A hostage situation develops, and over the ensuing 14 hours, it is revealed that he wanted the money for his lover’s sex change operation. Their getaway plans are foiled, leaving his partner dead and himself with a six-year prison term.

The story of would-be bank robber John Wojtowicz has made itself to the screen many times: most famously in Sidney Lumet’s 1975 film Dog Day Afternoon, again in Pierre Huyghe’s  short film The Third Memory (2000), and in Dutch filmmaker Walter Stokman’s 2005 documentary Based on a True Story. And while Stokman’s revisionist mandate is admirable, his film is equally notable for its limited interaction with its subject, John Wojtowicz. The Dog succeeds in breaking down these barriers to Wojtowicz, and it is through his wily, candid (and highly-quotable) participation that we realize this story is much stranger than even Dog Day Afternoon made it out to be. “He is, by turns, lovable, maniacal, heroic, and self-destructive,” said TIFF’s Thom Powers. “To call him larger than life feels like an understatement.”  – Kier-La Janisse