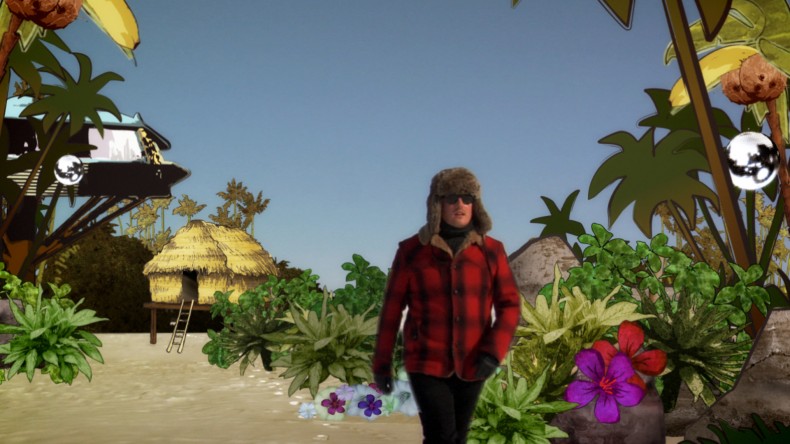 Curated by Alex Rogalski, introduction and Q&A with Trevor Anderson.

“Be careful what stories you tell: they become true and they become you.” – Trevor Anderson

Through a decade of short films and his band The Wet Secrets, Trevor Anderson has become an artistic ambassador for his hometown of Edmonton (self-proclaimed City of Champions. Or Dirt City. You decide.) His multi-faceted hybrid documentary work connects gay identity to specific geographies eschewing queer video tropes for tongue-in-cheek monologues and cinematic references. Throughout this program, Trevor’s mellifluous narration lures viewers into personal narratives fusing memories of youth with some of Edmonton’s most iconic structures (West Edmonton Mall, High Level Bridge, Fort Edmonton). Considering Trevor’s success in screening his work at the world’s most prestigious festivals (Sundance, Berlinale, Hot Docs, TIFF, SXSW to name but a few), it’s all the more impressive that he has continued to hone his craft and voice in the short film form, with his longest work being only 25 minutes. With humour and an irreverence for documentary form he accomplishes what short films do best, taking creative risks and steering clear of the expectations that feature films behold. Aesthetically, each of these works fits precisely with the content it delivers, whether it be recorded on a cell phone, blending animation, musical numbers, or high production values of a western genre. Truth and memory form the basis of documentary evidence, yet both prove unreliable under scrutiny. Rather than attempt to reinforce their fragile nature with an austere tone, Anderson joyfully bends them to his creative needs, exposing the possibilities of documentary form set free from contrived conventions.

The Island / Dir. Trevor Anderson, 2009, Canada, 6 min / Trevor considers, with the help of animation, a piece of fan mail he received.

Carpet Diem / Dir. Trevor Anderson, 2008, Canada, 3 min / Trevor’s first-person travelogue from the outskirts of anxiety to the center of the known universe. Made from two unaltered still photos: one taken by Trevor on his cell phone, the other taken by a professional Hollywood paparazzo.

The Man That Got Away / Dir. Trevor Anderson, 2012, Canada, 25 min / A musical documentary that tells the true life story of Trevor’s great-uncle Jimmy in six original songs.

“Better, minute for minute, than most of the features at your multiplex.” – Roger Ebert

The Little Deputy / Dir. Trevor Anderson, 2015, Canada, 9 min / Trevor tries to have a photo taken with his father.