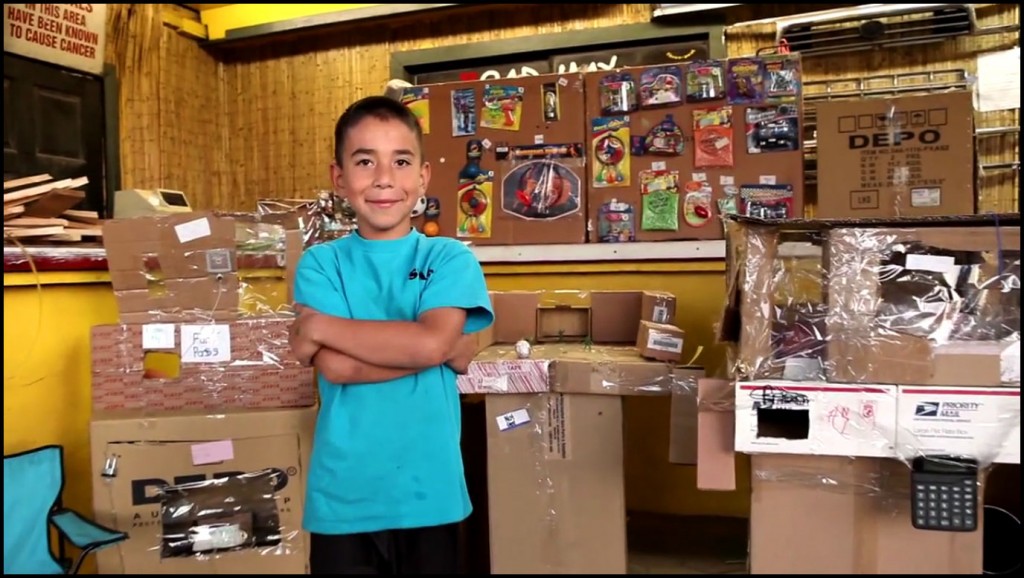 We’re Not Kidding (Docs for Kids)

From a 12-year-old boy who has a passion for collecting vacuums in Minnesota to a girl in Belize who lives amongst cacao trees – kids’ stories are the focus of this program of short documentaries, perfect for inquisitive minds. This program features four great animated films by the Rauch Brothers who use voice recordings of regular people’s stories (recollected from childhood) that are brought to life in cartoon form. More honest than live action reenactments or talking head interviews (using humor and a sense of fun to tell important stories of race, social class and living with Asberger’s syndrome), the Rauch Brothers expand the possibilities of documentary using the power of animation to demonstrate that illustrated memories can communicate real experiences more effectively than physically recorded events. Winnipeg artist Jackie Traverse uses a similar approach to the Rauch Brothers in her film Two Scoops, animating a story of residential school history in Manitoba. History is often the focus of many documentary films and this program includes a fun retro film about the ‘evils’ of skateboarding (The Devil’s Toy) as a recreation for kids that was just becoming popular in Montreal almost 50 years ago. Although the filmmaking may seem old and out of date, the esteemed late director Claude Jutra was ahead of his time, realizing that the popularity of skateboarding was not a fad, and the public disregard for the recreational activity was as ridiculous then as it is today. Still on the theme of kids having fun, Caine’s Arcade shows the power of modern documentary and influence of social media. Five days after the documentary was posted online, Caine’s little known home-made arcade became a viral sensation and launched an incredibly successful fundraising campaign to help out other imaginative kids like Caine achieve their dreams. We’re Not Kidding reveals that childhood imagination and documentary have a natural connection with a collection of films that are full of whimsy, insight and a chance to see the world from a younger point of view.

FAMILY MAN
By the Rauch Bros
(2012, 3 mins, USA)
Samuel Black remembers a lasting lesson from his father. Memories of his dad’s smelly feet and really wanting to buy a bag of chips show how a father’s love takes many shapes.

CAINE’S ARCADE
By Nirvan Mullick
(2012, 11 mins, USA)
9-year-old Caine Monroy spent his summer vacation building an elaborate DIY cardboard arcade inside his dad’s used auto parts store, and invited people to play. The entire summer went by, and Caine had yet to have a single customer, until one day, a filmmaker named Nirvan stopped to buy a door handle. What happened next inspired this movie.

THE DEVIL’S TOY
By Claude Jutra
(1966, 15 min, Canada)
This short 1966 documentary dedicated “to all victims of intolerance” depicts the dawn of skateboarding in Montreal. A new activity frowned upon by police and adults, skateboarding gave youngsters a thrilling sensation of speed and freedom. This film – the first Canadian documentary ever made about the sport – captures the exuberance of boys and girls having the time of their lives in free-wheeling downhill locomotion.

Q&A
By the Rauch Bros
(2009, 4 mins, USA)
Twelve-year-old Joshua Littman, who has Asperger’s Syndrome, interviews his mother Sarah in this one-of-a-kind conversation.

ELISHA AND THE CACAO TREES
By Rohan Fernando
(2010, 17 mins, Canada)
Young Elisha lives on a farm that grows a very special crop: cacao, the plant used to make chocolate. In this documentary, students learn about agriculture and the Mayan tradition of growing and harvesting cacao. In turn, they can draw connections between nature and the food they eat every day.

SUNDAYS AT ROCCO’S
By the Rauch Bros
(2011, 3 mins, USA)
Rocco Galasso was owner and superintendent of a New York City apartment building where his family lived—until the day he learned that his building would be demolished to make way for new apartments.

Facundo the Great
By the Rauch Bros
(2012, 2 mins, USA)
Ramón ‘Chunky’ Sanchez grew up in the 1950s when it was common practice to Anglicize the Mexican American students’ names. But Chunky remembers a new classmate who stumped the teachers.

Vacuum Kid
By Katie Mahalic
(2011, 12 mins, USA
Twelve-year-old Kyle Krichbaum has a unique hobby: he collects vacuum cleaners. With over 160 machines in his collection, Kyle has become something of a celebrity in his small Minnesota town. As his notoriety grows, Kyle is forced to deal with the bewilderment and jealousy of his classmates in order to follow his passion.