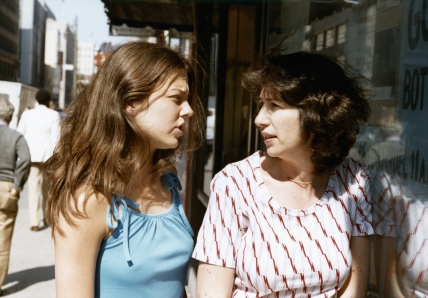 A thought-provoking chronicle of the odyssey of two women, Bonnie Klein, the director of the film, and Linda Lee Tracey, a stripper. Together they set out to explore the world of peep shows, strip joints and sex supermarkets. Both are motivated by the desire to know more about pornography–why it exists, the forms it takes, and how it affects relations between men and women. Not a Love Story offers insights and perspectives from men and women who earn their living in the porn trade, and from some of pornography’s most outspoken critics. This film contains sexually explicit material that may be disturbing to some people.

Nudie / Dir. Taavo Soodor / 2015, Canada, 5 min / A lighthearted documentary
about the gay nude beach in Beaconia, Manitoba and those who go there to get away from it all.

Presented in partnership with the National Film Board of Canada