Introduced by the filmmakers, preceded by a reception at Platform at 4 pm 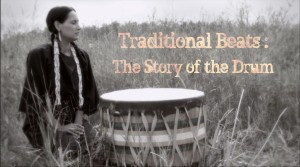 Traditional Beats / Directed by Cameron Courchene, Produced by Crystal Greene, 2014, Canada, 10 min /  Have you ever been curious as to why First Nations people are always playing drums? Come watch Traditional Beats and find out. In this brief history of the drums of the First Nations People we will discover where they came from, what they represent and why they are always around.

An Ecstatic Professional / Directed by Rhayne Vermette, Produced by Damien Ferland, 2014, Canada, 9 min / Who is Rob Vilar? Only the most criminally unknown character actor who has walked the planet Earth. We learn about the mystery surrounding the man through interviews with Winnipeg filmmakers and a variety of clips that show the range and the singular presence that is Rob Vilar. 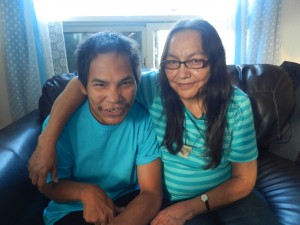 Alice and Kevin / Directed by Sam Vint, Produced by Christopher Read, 2014, Canada, 12 min / This is the story of Alice Taylor, a life-long resident of the remote fly-in community of St. Theresa Point First Nation, who spends most of just about every day caring for her adult son Kevin. Kevin has cerebral palsy and needs Alice’s round-the-clock assistance. With Alice’s own health in decline she finds it increasingly difficult to care for her son. She knows that Kevin doesn’t receive the support other Canadians with cerebral palsy do, and that’s why in 2010 she filed a Canadian Human Rights complaint against Health Canada and Indian and Northern Affairs Canada.  As Alice puts it, “He is a Canadian just like you and me.”

Finding Sgt. Partridge / Directed by Neil Bignell and Gabriel Constant, Produced by Gabriel Constant, 2014, Canada, 14 min / Two Peter Partridges, two worlds apart, two families searching.  This film tells the story of a granddaughter in England who embarks on a search for her grandfather’s roots and finds much more.  Solving her family’s mystery unites her with a family she didn’t know she had in The Pas, Manitoba ending their search for a brother they weren’t sure existed.

Co-presented with the National Screen Institute