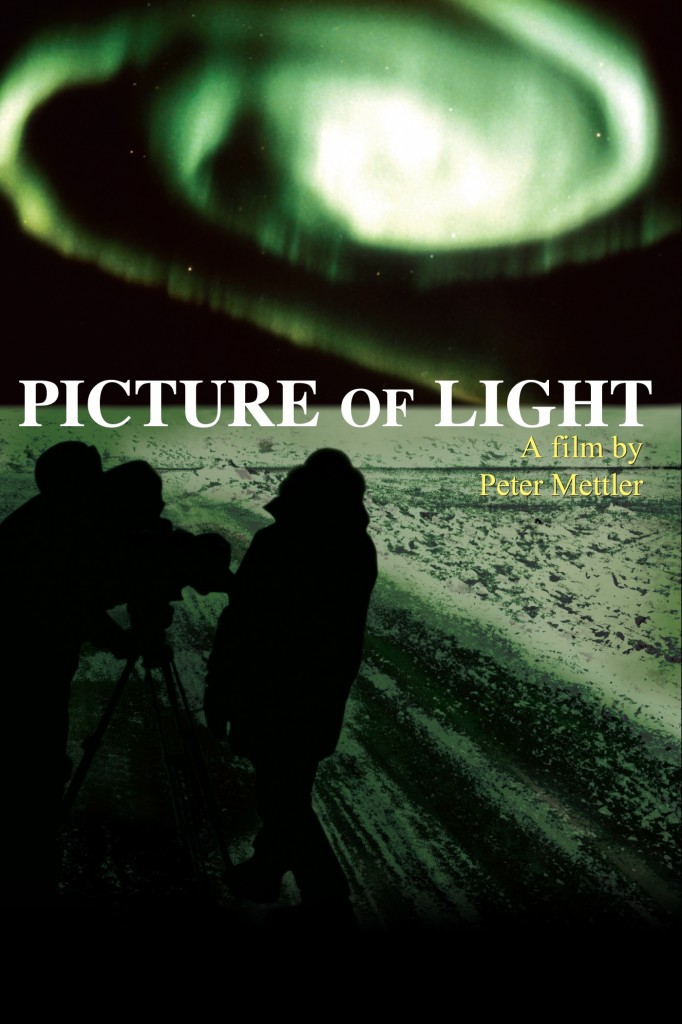 Picture of Light is a poetic essay documenting the search for a natural wonder, the mysterious aurora borealis. After a casual dinner where his conversation partner mentioned he’d like to see the northern fights filmed, the ethereal colours pouring from the sky lure a small film team of six to Canada’s Arctic. After strenuous and complicated technical preparations, which include protecting the camera against temperatures dropping to -40 C, and carrying 50 pounds of batteries in their luggage, they set out on a 3,000-mile train journey through practically uninhabited landscapes toward the end of the civilized world—Churchill, Manitoba. Picture of Light begins as an exploration of Canada’s Arctic but becomes a beautiful, seemingly impossible, impression of light and our relationship to it.

Petropolis – Aerial Perspectives on the Alberta Tar Sands (condensed) / Directed by Peter Mettler / 2009, Canada, 15 min / Shot primarily from a helicopter, this film offers an unparalleled view of the world’s largest industrial, capital and energy project. Canada’s tar sands are an oil reserve the size of England. Extracting the crude oil called bitumen from underneath unspoiled wilderness requires a massive industrialized effort with far-reaching impacts on the land, air, water, and climate. It’s an extraordinary spectacle, whose scope can only be understood from far above. In a hypnotic flight of image and sound, one machine’s perspective upon the choreography of others suggests a dehumanized world where petroleum’s power is supreme.