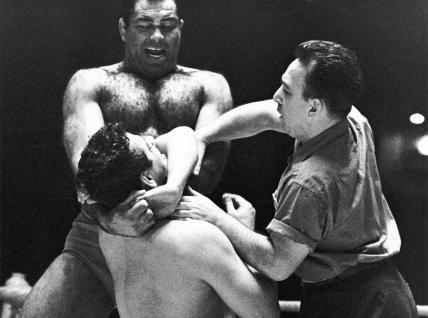 In the late fifties and early sixties, smaller film cameras and portable recording devices revolutionized filmmaking. Technological Advancement led to creative exploration and filmmakers broke from structured, scene-based documentary and brought cameras into real life. The NFB’s Montréal-based French Unit was home to the Cinéma Direct movement in Canada, taking cameras into daily life in Québec and influencing a generation of of filmmakers. From lumberjacks to wrestlers to Montréal kids on skateboards, the films in this series share an intimacy with the subjects and an unflinching look at old ways and new worlds.

Join us for a panel discussion on the Québec Masters on Sat Oct 15 at 2 PM
with panelists Arthur Lamothe, Nathalie Gressin and Claude Fournier