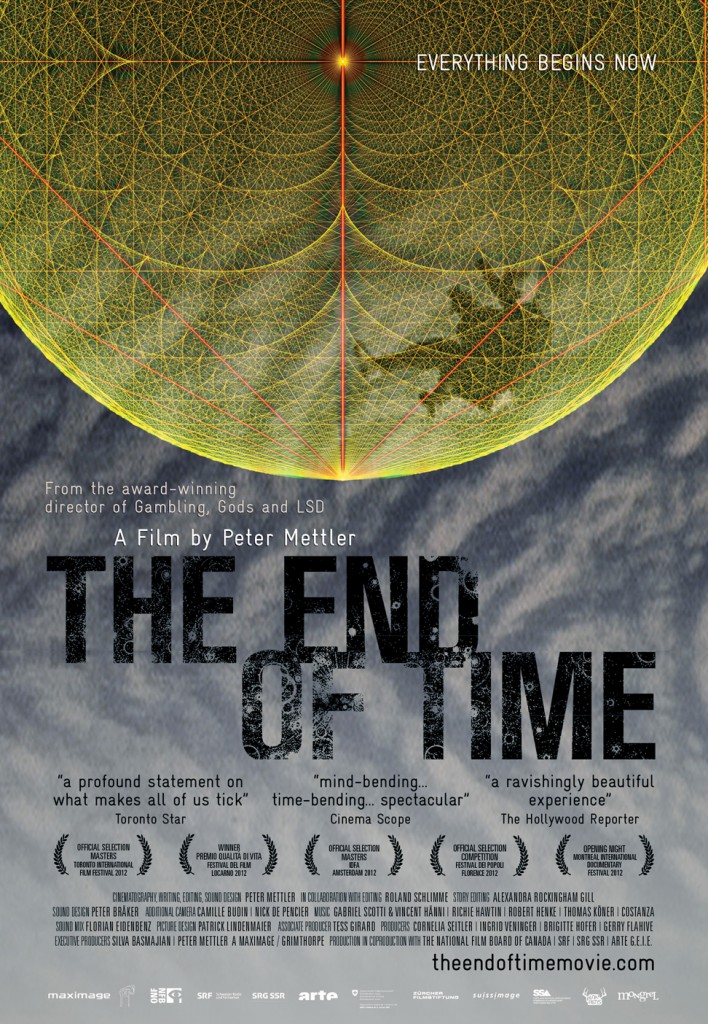 Working at the limits of what can easily be expressed, filmmaker Peter Mettler takes on the elusive subject of time, and once again turns his camera to filming the unfilmmable.

From the particle accelerator in Switzerland, where scientists seek to probe regions of time we cannot see, to lava flows in Hawaii which have overwhelmed all but one home on the south side of Big Island; from the disintegration of inner city Detroit, to a Hindu funeral rite near the place of Buddha’s enlightenment, Mettler explores our perception of time. He dares to dream the movie of the future while also immersing us in the wonder of the everyday.

The End of Time, at once personal, rigorous and visionary, Peter Mettler has crafted a film as compelling and magnificent as its subject.

Sisters of the Cross (Les Filles de la Croix) / Directed by Dominique Rey, 2012, Canada, 10 min / Over the course of the last six years, Dominique Rey has been developing a project that explores questions of subjectivity among a group of catholic nuns. In the Sisters of the Cross project, she proposes to unveil the hidden and profound lives of this disappearing sisterhood. While conveying the stillness that defines the home of the nuns, this project makes visible a rapidly disappearing community that typically goes unseen.