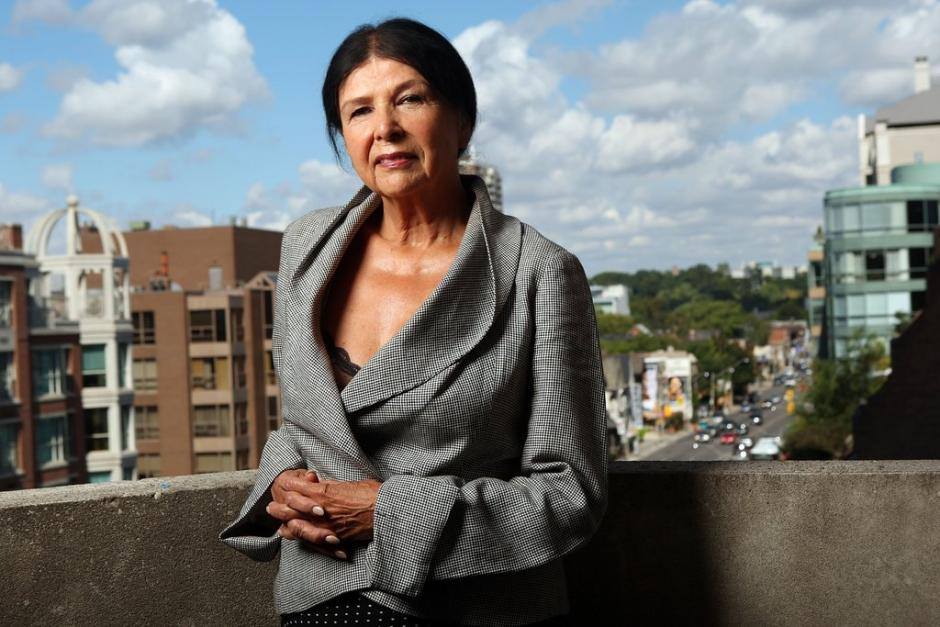 Please join us on the final day of the Gimme Some Truth Documentary Festival (Nov 1-5) for a discussion about filmmaking with award-winning filmmaker Alanis Obomsawin.

This event is free and open to all women involved or interested in film. This open discussion will provide all attendees an opportunity to talk about the shared experiences of women working in film.

Space is limited and we would like to keep the gathering intimate so we are limiting attendance to 40. Please register here.

Co-presented by Winnipeg Film Group and the National Screen Institute of Canada.
Funded by the Winnipeg Foundation and sponsored by Manitoba Film and Music.

Alanis’ newest feature film, Our People Will Be Healed, will screen on Sunday November 5 at 7 pm.

Alanis Obomsawin, a member of the Abenaki Nation, is one of Canada’s most distinguished filmmakers. For over four decades, she has directed documentaries at the National Film Board of Canada (NFB) that chronicle the lives and concerns of First Nations people and explore issues of importance to all.

Alanis Obomsawin has directed almost 50 films with the NFB, including such landmark works as Kanehsatake: 270 Years of Resistance (1993), documenting the 1990 Mohawk uprising in Kanehsatake and Oka. Her recent film, the 2016 documentary We Can’t Make the Same Mistake Twice, focuses on a court challenge by the Assembly of First Nations and Child and Family Caring Society of Canada that argued that welfare services provided to First Nations children on reserves are underfunded. The film had its world premiere in the Masters program at the Toronto International Film Festival. Obomsawin has recently completed her latest feature documentary entitled Our People Will Be Healed (2017) about action-driven decolonization in Norway House Cree Nation.